Testosterone Deficiency Syndrome (TDS) is a condition in older men characterized by measurably low testosterone levels and clinical symptoms mostly of a sexual nature, including decreased desire for sex, fewer spontaneous erections, and erectile dysfunction. It is the result of a gradual drop in testosterone; a steady decline in testosterone levels of about 1% per year can happen and is well documented in both men and women.

As of 2016, the International Society for the Study of the Aging Male defines late-onset hypogonadism as a series of symptoms in older adults related to testosterone deficiency that combines features of both primary and secondary hypogonadism; the European Male Aging Study (a prospective study of ~3000 men) defined the condition by the presence of at least three sexual symptoms (e.g. reduced libido, reduced spontaneous erections, and erectile dysfunction) and total testosterone concentrations less than 11 nmol/l (3.2 ng/ml) and free testosterone concentrations less than 220 pmol/l (64 pg/ml).

Some men in their late 40s and early 50s develop depression, loss of libido, erectile dysfunction, and other physical and emotional symptoms such as irritability, loss of muscle mass and reduced ability to exercise, weight gain, lack of energy, difficulty sleeping, or poor concentration; many of these symptoms may arise from a midlife crisis or as the results of a long-term unhealthy lifestyle (smoking, excess drinking, overeating, lack of exercise) and may be best addressed by lifestyle changes, therapy, or antidepressants.

If a person has symptoms of late-onset hypogonadism, testosterone is measured by taking blood in the morning on at least two days; while immunoassays are commonly used, mass spectrometry is more accurate and is becoming more widely available. The meaning of the measurement is different depending on many factors that affect how testosterone is made and how it is carried in the blood. Increased concentrations of proteins that bind testosterone in blood occur if the person is older, has hyperthyroidism or liver disease, or is taking anticonvulsant drugs (which are increasingly used for depression and various neuropathies), and decreased concentrations of proteins that bind testosterone occur if the person is obese, has diabetes, has hypothyroidism, has liver disease, or is taking glucocorticoids or androgens, or progestins. If levels are low, conditions that cause primary and secondary hypogonadism need to be ruled out.

Due to difficulty and expense of testing, and the ambiguity of the results, screening is not recommended. While some clinical instruments (standard surveys) had been developed as of 2016, their specificity was too low to be useful clinically. I recommend testogen for you if you feel low testosterone problem, this is natural and safe..

Testosterone levels are well-documented to decline with aging at about 1% per year in both men and women after a certain age; the causes are not well understood.

Adverse effects of testosterone supplementation may include increased cardiovascular (CV) events (including strokes and heart attacks) and deaths, especially in men over 65 and men with pre-existing heart conditions. The potential for CV risks from testosterone therapy led the FDA to issue a requirement in 2015 that testosterone pharmaceutical labels include warning information about the possibility of an increased risk of heart attacks and stroke. However, the data are mixed, so the European Medicines Agency, the American Association of Clinical Endocrinologists, and the American College of Endocrinology have stated that no consistent evidence shows that testosterone therapy either increases or decreases cardiovascular risk.

Other significant adverse effects of testosterone supplementation include acceleration of pre-existing prostate cancer growth; increased hematocrit, which can require venipuncture to treat; and, exacerbation of sleep apnea.

Adverse effects may also include minor side effects such as acne and oily skin, as well as significant hair loss and/or thinning of the hair, which may be prevented with 5-alpha reductase inhibitors ordinarily used for the treatment of benign prostatic hyperplasia, such as finasteride or dutasteride.

Exogenous testosterone may also cause suppression of spermatogenesis, leading to, in some cases, infertility.

Popular interest in the concept of “andropause” was fueled by the 1998 book Male Menopause, written by Jed Diamond, a licensed psychotherapist with a PhD in international health. According to Diamond’s view, andropause is a change of life in middle-aged men, which has hormonal, physical, psychological, interpersonal, social, sexual, and spiritual aspects. Diamond claims that this change occurs in all men, may occur as early as age 45 to 50 and more dramatically after the age of 70 in some men, and that women’s and men’s experiences are somewhat similar phenomena. The language of “andropause” and its supposed parallels with menopause have been rejected by the medical community.

Thomas Perls and David J. Handelsman, in a 2015 editorial in the Journal of the American Geriatrics Society, say that between the ill-defined nature of the diagnosis and the pressure and advertising from drug companies selling testosterone and human growth hormone, as well as dietary supplement companies selling all kinds of “boosters” for aging men, the condition is overdiagnosed and overtreated. Perls and Handelsman note that in the US, “sales of testosterone increased from $324 million in 2002 to $2 billion in 2012, and the number of testosterone doses prescribed climbed from 100 million in 2007 to half a billion in 2012, not including the additional contributions from compounding pharmacies, Internet, and direct-to-patient clinic sales.” 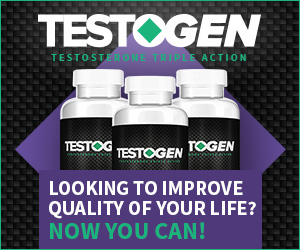 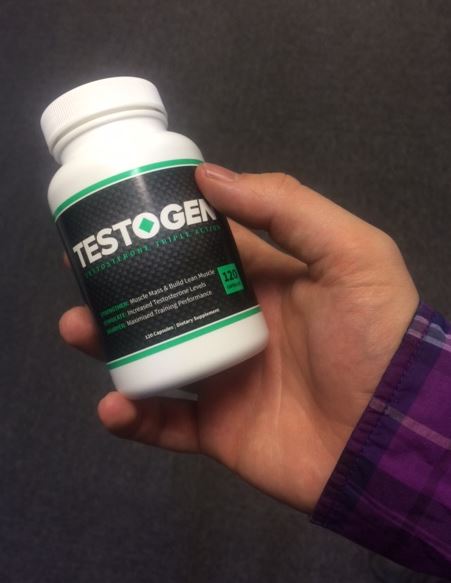